Blastocystis Hominis – Finally a Cause for My Weird Health Issues? 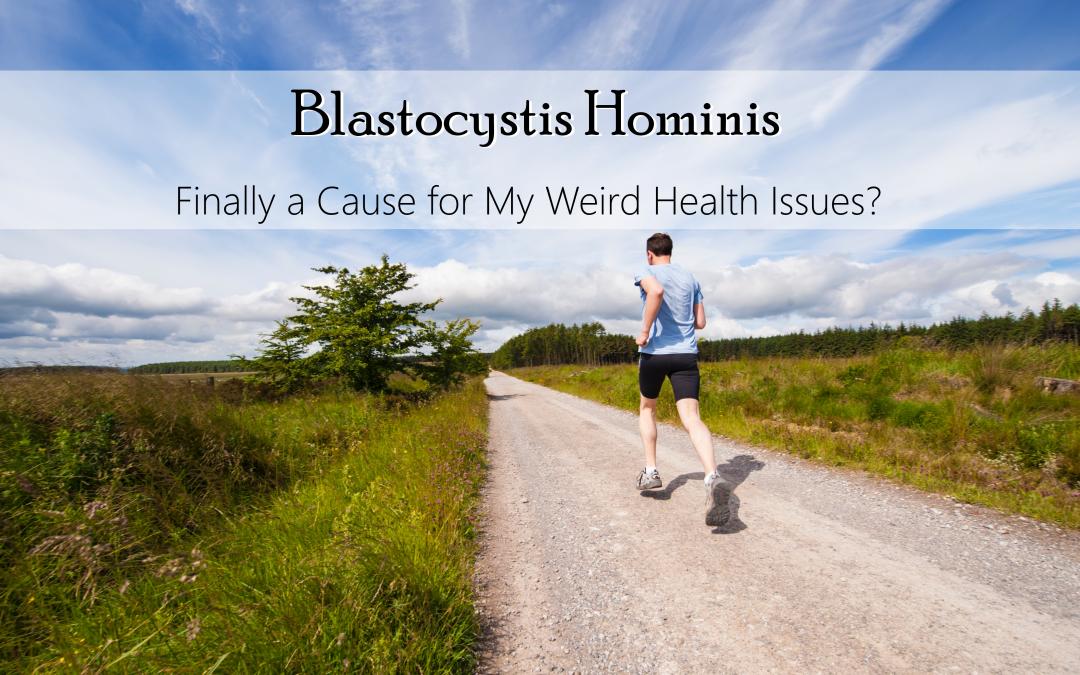 I haven’t talked about my weird health issues here at FlowingFirm.com earlier. Sure, you have had a chance to take a look at my 30 days meditation experience and the complete change of my diet. These matters have been experiments in order to allay the symptoms of the real, unknown cause inside me.

Until yesterday, this real cause didn’t have a name (except vague anxiety disorder). Now it might just have that. It’s called Blastocystis hominis (check wikipedia). Blastocystis hominis is a pretty common parasite that may be found in the stools of both healthy and sick people. In some cases, it doesn’t affect people’s lives in any way. But for some people, it apparently can mess their health – big time.

The doctor informed me yesterday about the results of the comprehensive stool tests made earlier together with many other examines. There was plenty of Blastocystis hominis to be found. According to the doctor, it’s not certain that this parasite causes all my health problems. Be that as it may, now I have at least a direction to follow in order to get healthy again. The doctor prescribed antibiotics as a solution

After hearing the news, I felt kinda relieved. This is actually the first time when the symptoms appeared over 10 years ago that there is something tangible which I can begin to treat. The doctor prescribed me a dose of antibiotics. According to the extensive googling, those antibiotics can make more harm than actual good for you.

Having said that, I might try some of the natural routes before eating this Metronidazol Actavis regimen. The doctor actually said that there are no guarantees that this medicine would work for me. It might help some and give terrible side-effects for others. People might disagree with me about this approach but at least, it’s my decision.

As you can imagine, saying this didn’t convince me to try it at all.

The Real Reason of Putting Our Travels on Hold

As I said earlier, I’ve had various kind of odd symptoms more or less 10 years now. These symptoms include both physical and mental problems. In addition, I began to have that kind of issues around a year after my first trip to Southeast Asia. Obviously, people bring parasites, such as Blastocystis hominis, after being on tropical holidays without knowing it. You can get it basically anywhere from eating local street food to swimming in waterfalls.

This all began from the mental perspective but as time has passed by, the symptoms have become more and more physical. You can handle at least some of the mental symptoms by trying not to focus on them. But when they start to slow you physically down, you just cannot ignore them anymore. There have been good periods of time and not that wonderful ones as well. After being on a road four months or so during our last stint in Southeast Asia, I felt my health was decreasing. It didn’t feel right after exercising and eating properly most of the time. At this point, constant traveling affected me in a harmful way.

After getting back to Finland, I was determined to finally find a reason what’s causing all these countless of woes.

It took several doctor appointments, tests, strict diets, mental and physical exercises, and five months to get to this point. So my next step is to begin to tackle this parasite Blastocystis hominis as an extensive attack as I possibly can.

We will see how it will go in the near future!

This website uses cookies to improve your experience while you navigate through the website. Out of these, the cookies that are categorized as necessary are stored on your browser as they are essential for the working of basic functionalities of the website. We also use third-party cookies that help us analyze and understand how you use this website. These cookies will be stored in your browser only with your consent. You also have the option to opt-out of these cookies. But opting out of some of these cookies may affect your browsing experience.
Necessary Always Enabled
Necessary cookies are absolutely essential for the website to function properly. This category only includes cookies that ensures basic functionalities and security features of the website. These cookies do not store any personal information.
Non-necessary
Any cookies that may not be particularly necessary for the website to function and is used specifically to collect user personal data via analytics, ads, other embedded contents are termed as non-necessary cookies. It is mandatory to procure user consent prior to running these cookies on your website.
SAVE & ACCEPT